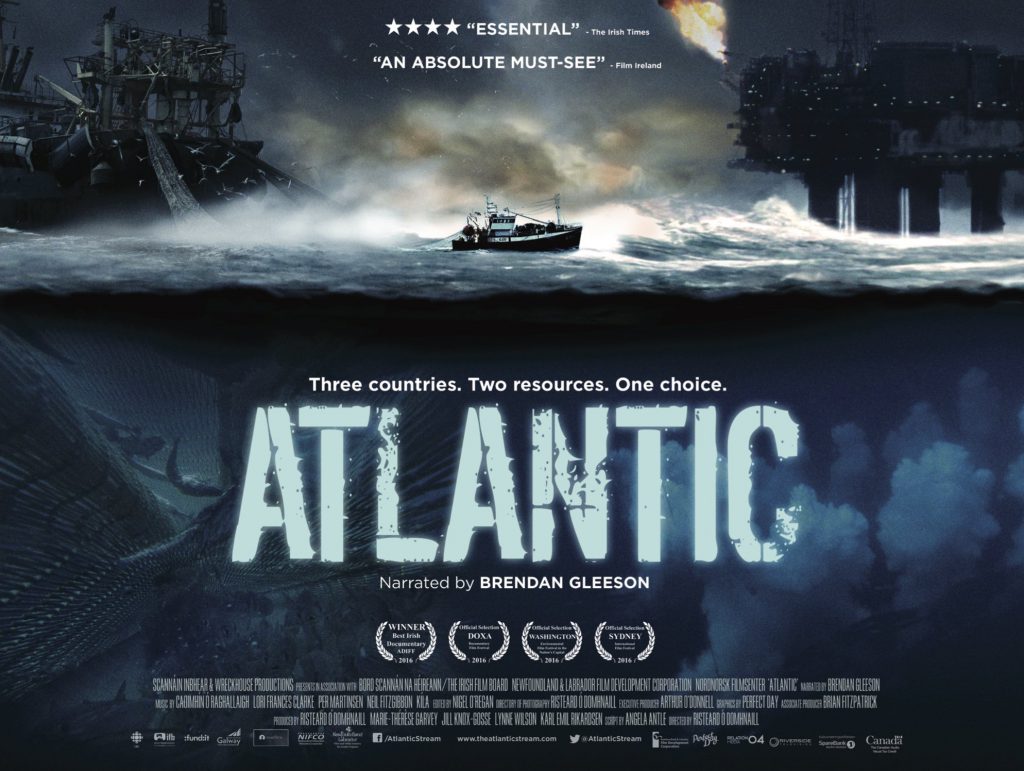 Narrated by Emmy Award-winning actor Brendan Gleeson, Atlantic follows the fortunes of three small fishing communities – in Ireland, Norway and Newfoundland – as they struggle to maintain their way of life in the face of mounting economic and ecological challenges.

As the oil majors drive deeper into their fragile seas, and the world’s largest fishing companies push fish stocks to the brink, coastal communities and the resources they rely on are fast approaching a point of no return.

Filmed in some of the most remote and breathtaking locations in the North Atlantic, and at close quarters with some of the sea’s most captivating characters, Atlantic brings to the fore three very intimate stories from the global resource debate. It explores how modern day communities must learn from the past, in order to secure a brighter future.”