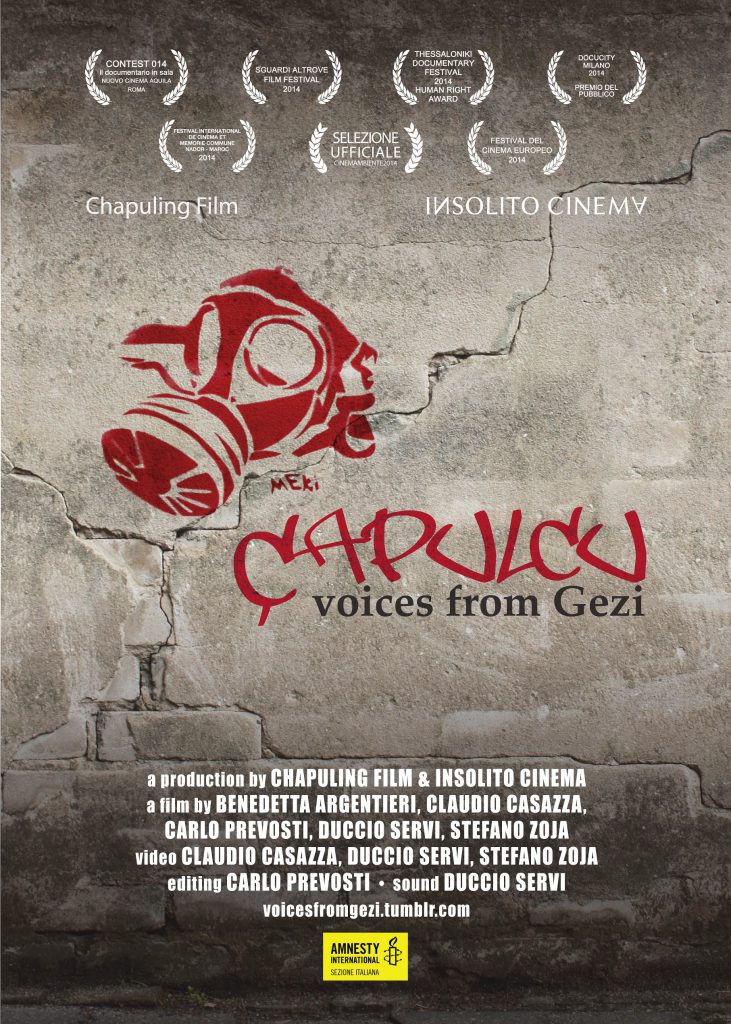 The struggle of some tens of environmentalists to save Gezi Park trees becomes the biggest political movement for human rights which Turkey has ever known. The film is a snapshot of what we have seen and what we have been told. The voices: students, lawyers, architects, journalists, activists; young and less young; rich and poor; furious and joyful; brave and frightened.

Images: the peaceful occupation of Gezi Park, the joy in opposing an absurd choice; the violence of the repression, the dismay in being “raped”; the invention of silent protest, the multitude of Taksim Square. The reasons: the gentrification of Istanbul, Islamization which prohibits the consumption of alcohol in the evening, the limitation on individual freedom, an ever more deaf power, censorship which has tried to cover the protests. The number of protesters, different from each other, united in an unexpected alliance against abuse of power.