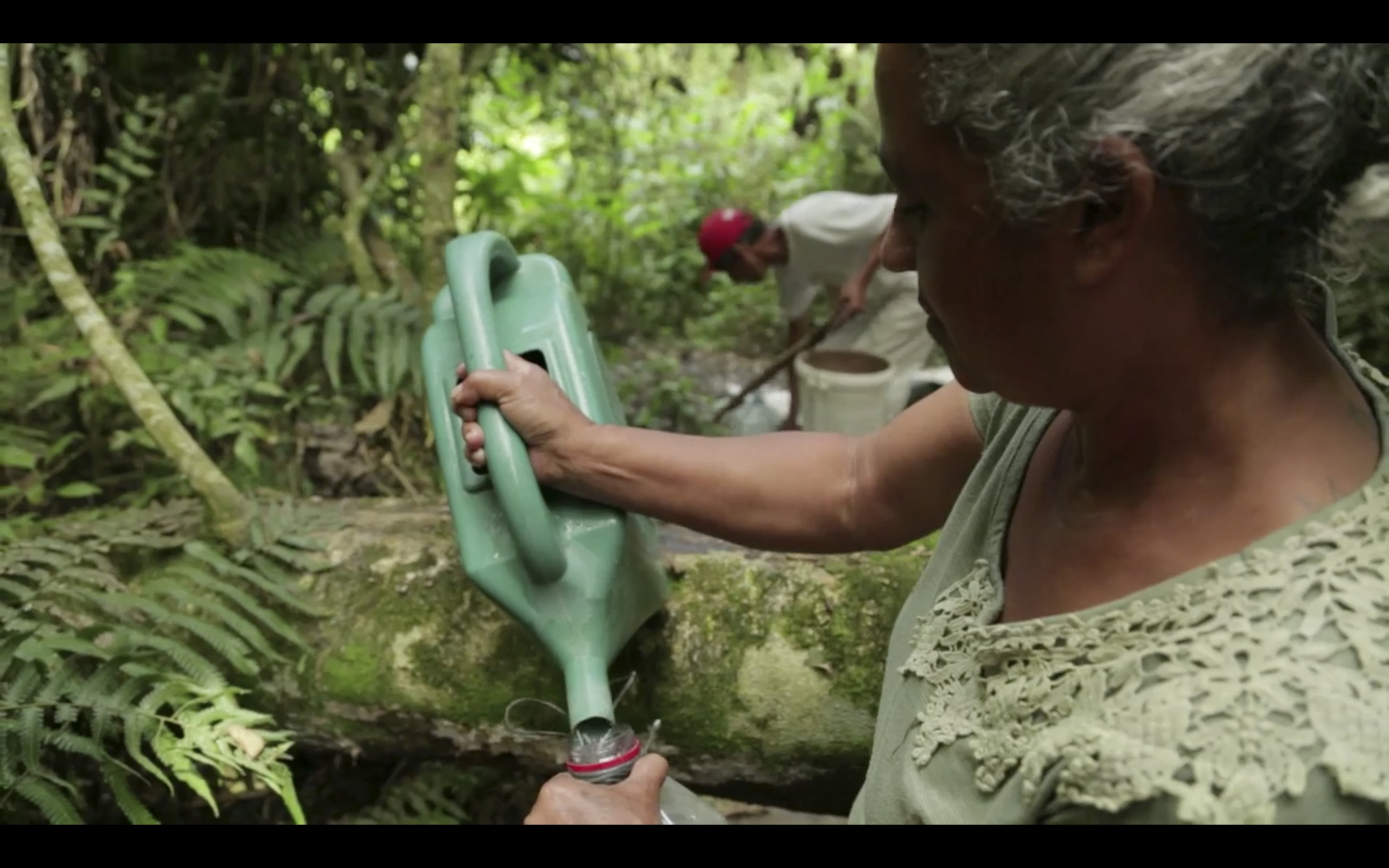 Women from the Brazilian landless workers movement who through the daily struggle for survival and basic rights discover themselves as women, as activists and as individuals. The symbiotic and daily relationship with the land allows them to define the type of approach for their latent issues and to seek solutions into nature. The demand for dignity, longevity and belonging teaches us the ancestry of the cure by the feminine being that for generations heal the physical and emotional structures of our society.

Julia Mariano is a filmmaker and journalist who has graduated from the Escuela Internacional de Cine y TV of San Antonio de los Baños (EICTV Cuba), the School of Communication at UFRJ (ECO) and the Baden-Württemberg Filmakademie in Stuttgart, Germany. She works as a director, writer and researcher with a focus on documentaries. Julia has directed nine short films, which have been screened on over 40 festivals worldwide, including the International Film Festival of Cartagena, Kasseler Dokumentarfilm Festival and It’s All True. She has worked as a researcher for Survival Latin America (Discovery Chanel), as a screenwriter for “Vai Pra Onde?” (Multishow), “Revista do Cinema Brasileiro” (TV Brazil) and “Conexões Urbanas” (Multishow / AfroReggae) . From 2012 to 2016 Julia produced and wrote the scripts for “Passinho Dance Off” and “Fresh Cutz” in partnership with Emilio Domingos. In 2014 Julia directed the super-awarded documentary short-film “Threatened” about the situation of the rural workers in Pará, a northern province of Brazil which has been known throughout the years for its conflicts. In 2017 Julia is working in producing the feature film for “Desde Junho” (Since Junho), a doc-series made for Brazilian television about the political manifestations and protests that happened in the country in 2013.