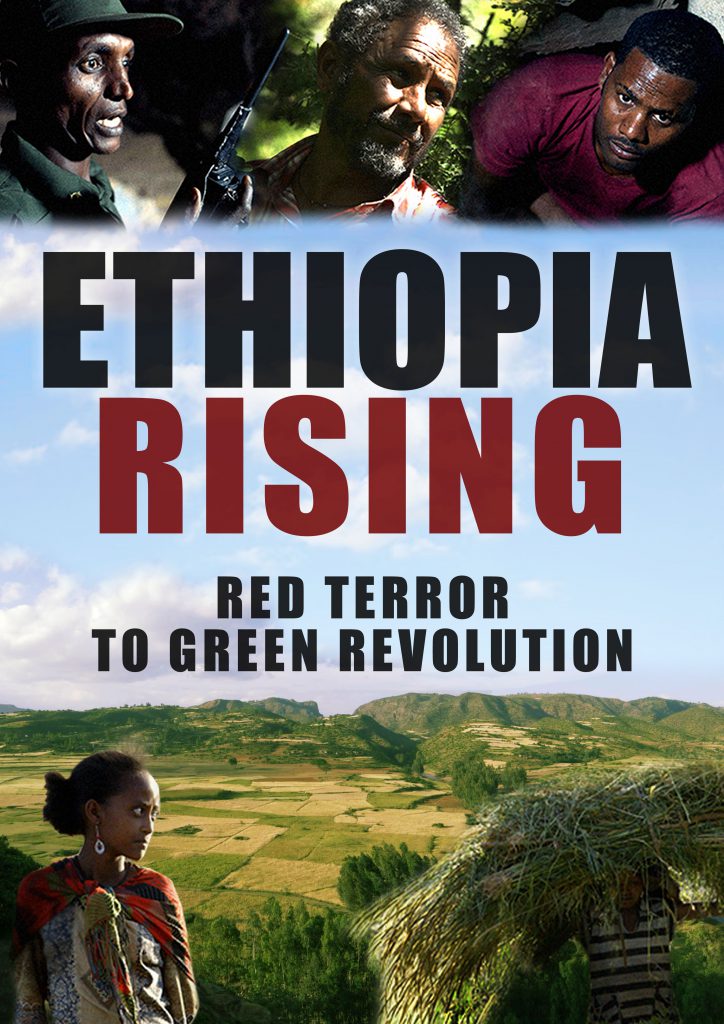 ETHIOPIA RISING is the story of the phenomenal environmental transformation of a nation told through the experience of one man, Aba Hawi. He mobilises an entire community to regenerate a region in northern Ethiopia. It’s the story how they face drought, famine and conflict in a monumental struggle to restore the fertility of their land…and save their village from certain extinction.

Covering a period of 30 years, the story begins in the 1970’s with the rise to power of ‘The Derg’, a communist-backed military regime that ruthlessly oppressed all resistance through a brutal campaign known as ‘The Red Terror.’

As a teenage boy in the 70’s Aba Hawi was moved to protect the hills and trees around his village. He faced opposition from his own community who wanted to cut the trees for firewood and animal fodder. In his early 20’s he was betrayed to The Derg by villagers who accused him of spying for the local resistance army. He was arrested then imprisoned in a tiny cell on his own.

Thanks to the persistence of his sister he was released after three weeks. Undaunted, he continued to develop ways of protecting the environment. Eventually his efforts produced rewards that could be seen by everyone. And so in 1988 at the age of only 26 he was elected leader of the community.

The Derg was defeated in 1991 and since then his village along with many other regions of Ethiopia have undergone an incredible environmental transformation. National government, development agencies and local communities have cooperated in this vast endeavour. Millions of trees have been planted, thousands of miles of hillsides have been terraced and more stone and soil has been moved than it took to build the pyramids.

For a generation bought up on ‘Live-Aid’ with its images from a desperate nation, little has emerged in mainstream media to correct them. ETHIOPIA RISING will be the first film to challenge these out-of date perceptions of a beautiful region of Africa.