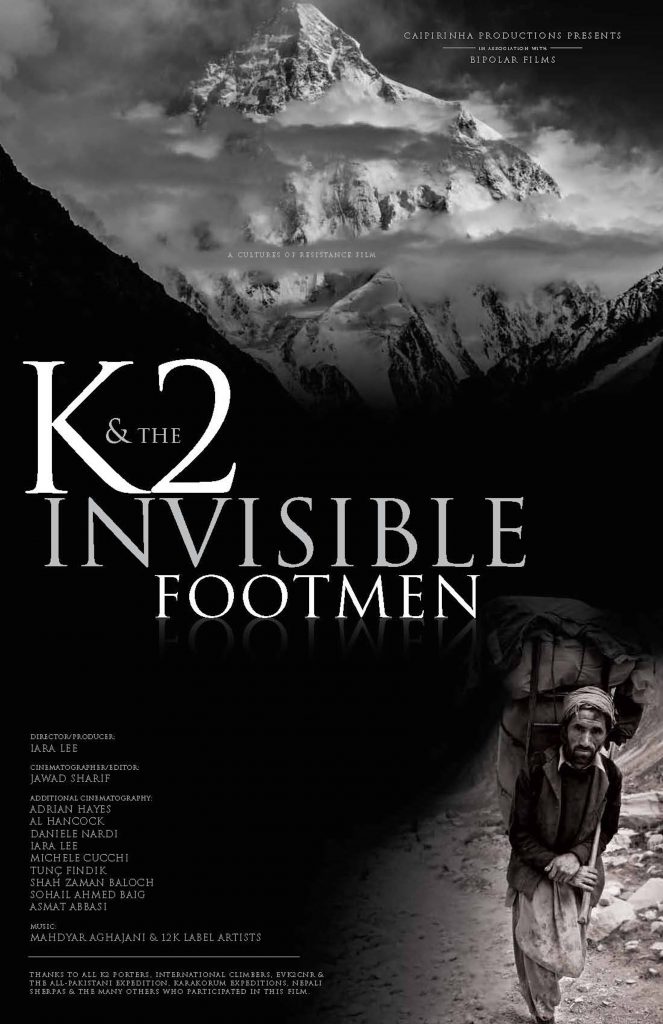 Located on the border between Pakistan and China, K2 is the second-highest mountain on Earth. For many climbers, it is an even greater prize than Everest, with limited routes, a steeper ascent, and a harder push to its summit. Nicknamed the ‘Savage Mountain,’ K2’s peak juts unprotected into the atmosphere, regularly exposing climbers and porters to life-threatening weather conditions.

Despite being paid at rates far below those received by international expedition leaders, such porters—whether they provide critical supplies to expedition base camps or take on higher-altitude tasks in support of ascending climbers—do some of the most difficult and dangerous work and these efforts make them worthy of recognition as the true heroes of mountaineering.

In K2 AND THE INVISIBLE FOOTMEN, filmmaker Iara Lee and team chronicle the lives of both Pakistani porters and Nepalese sherpas. The film also follows the first official all-Pakistani climbing team, made up of former porters, who successfully summited in 2014, in celebration of K2 60th anniversary. Amid breathtaking scenery, the film depicts the everyday sacrifices of porters and the courage of those indigenous climbers who choose to return to scale K2 in spite of past tragedies. In their striving to perfect their craft, these mountaineers provide a fresh look into the cultures and national traditions of Pakistan, a country typically portrayed in the foreign media as merely a land of conflict and sectarian strife.