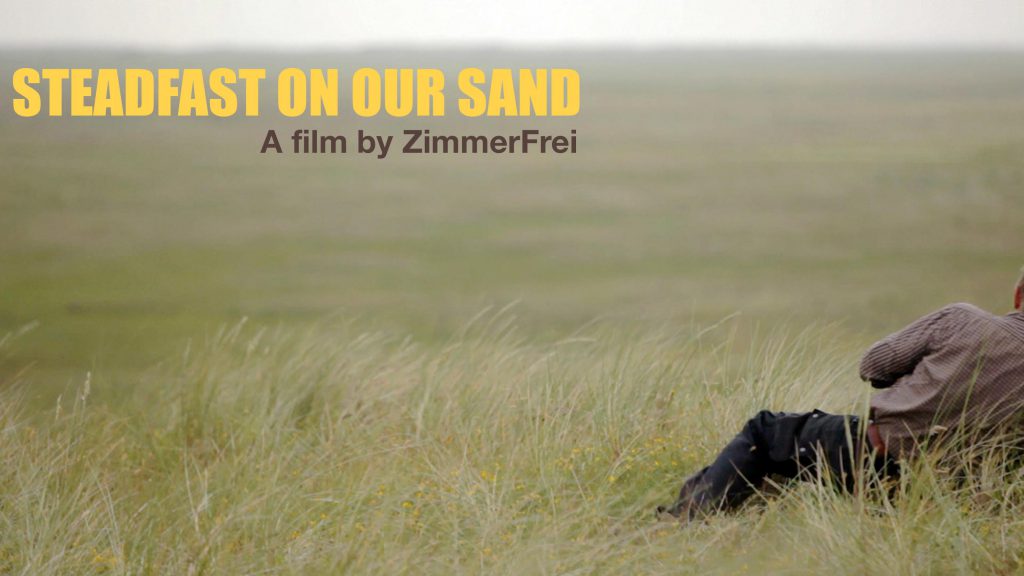 A documentary about landscape creation and nature control. A mesmeric film about the islander community and its contradictory habits and traditions.

A cowboy movie with herds running in the meadow at sunset and white horses resting in the dark of the night, a documentary film about artificial nature and landscape design, a scary movie with zombies and ghosts. The new film shot by ZimmerFrei on Terschelling island!

Terschelling is a little island in Friesland, in the North of the Netherlands. It used to be an island of sailors and fishermen, then became a land of cattle and horses breeders. Nowadays Terschelling is mainly dedicated to tourism and “techno&bio” farming. Along the centuries the land was obtained from the sea with a complex system of dykes and embankments, a titanic work that is part of the pride and identity of the islanders. In recent years, however, the Forresters and professional landscape designers prefer to work with nature instead of fighting against it, not to get new land to inhabit or cultivate, but rather to work on a long term experiment on geography and biodiversity, a veritable sculpture made of earth and sea.

The documentary is a choral film plunged in an overwhelming landscape and weather. The island is observed in two opposite moments: in June the tourists invade the fields with tents and bikes, scattered all over the island in search of the countless events organized by Oerol Festival. In December the island is silent and deserted. The residents secretly prepare their scary costumes for “Sundurum”, the transfigured night on the eve of Santa Claus in which men chase ghosts from the island. All the forces of the community’s everyday life is called into play in this sort of pagan carnival: control and transgression, isolation and escape, men and women, adults and children, what we call home and the outer world.