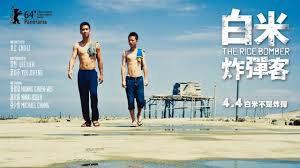 Based on real events that took place in Taiwan in 2003, Cho Li’s socially aware drama The Rice Bomber follows a farmer who takes a stand against the government policies that are destroying the country’s agriculture and devastating the lives of people in rural areas.

Cho Li is a producer-director. Graduated in radio and television at Indiana University, after having produced the critically acclaimed film “Yeh Jufeng” passes behind the camera and film, as director, “Zoom Huntingmarks” in 2011. The Rice Bomber is his latest work, selected at the Berlinale in 2014.